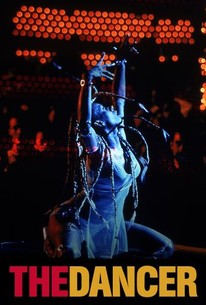 Based on an original idea by celebrated French director Luc Besson, The Dancer follows the struggle of its eponymous heroine, a mute dancer by the name of India Rey (Mia Frye), to perform on the Broadway stage. Every Saturday night, India, who teaches movement to school children by day, wins the weekly dance contest at a local Brooklyn disco. Under the management of her brother, Jasper (Garland Whitt), a surly meat delivery boy, she makes the cut at an open audition for a Broadway show. Her dreams are aborted when she is dismissed by the director after giving her name in sign language, and she is told that her disability will hold back the rehearsal process. India despairs, but help is on its way in the unlikely form of Isaac (Rodney Eastman), a stuttering scientist infatuated with her. Isaac toils in his lab to invent something that will allow India to translate her movement into sound, effectively clearing her path to big-time success. ~ Rebecca Flint Marx, Rovi

Critic Reviews for The Dancer

There are no critic reviews yet for The Dancer. Keep checking Rotten Tomatoes for updates!

There are no featured reviews for The Dancer at this time.