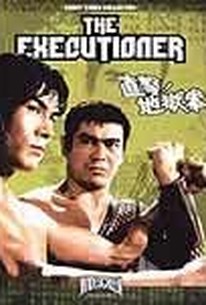 This exciting action film from prolific director Teruo Ishii stars Sonny Chiba as Kouga, a descendant of a long line of ninja warriors who has put his amazing physical abilities behind him and lost his way. Eventually, however, Kouga teams up with a hitman named Sakura (Mitsuru Sato) and his friend Hayato (played by former world lightweight boxing champion Shozo Saijo) to rip off the Japanese mob. Yutaka Nakajima co-stars in this gritty martial arts film, followed by a sequel, Executioner 2: Karate Inferno (Chokugeki Jigokuhen: Dai Gyakuten)(1975), also directed by Ishii. ~ Robert Firsching, Rovi

Ninja at its lowest point.

There are no featured audience reviews yet. Click the link below to see what others say about Chokugeki! Jigoku-ken (The Executioner) (Direct Hit! Hell Fist)!