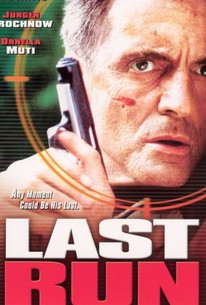 Anthony Hickox directs Armand Assante in the espionage-laced action thriller Last Run. Assante plays Frank Banner, a man who spent much of his career helping Soviet spies make their way safely away from Mother Russia. This difficult task has left him hollow and bitter, as well as a widower. His next assignment, assisting a former leader of the KGB, will land him face-to-face with many of the people who have made his life the dead-end he feels it has become -- including the man who murdered his wife.

There are no critic reviews yet for Last Run. Keep checking Rotten Tomatoes for updates!

There are no featured reviews for Last Run at this time.