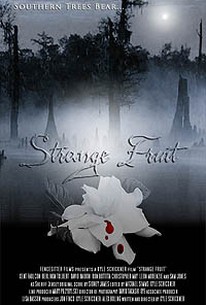 A successful, homosexual African American lawyer working in New York returns to the rural Louisiana town in which he was raised to investigate the lynching death of his childhood friend, only to discover that the virulent racism and homophobia still holds power over the small-town citizens in director Kyle Schickner's searing, socially conscious drama. William Boyals childhood friend Kelvin has been brutally murdered, and as a successful attorney Boyals is not willing to let the killers go unpunished. In the bayou, bigotry festers deep though, and as Boyals is forced to come face the very kind of narrow-minded hatred he so desperately tried to escape once before, a deadly alliance of backwoods lawmen and violently anti-homosexual locals threatens the highly-respected lawyer with the same bleak end that befell his ill-fated friend.

Cornell D. Thomas
as Henchman No. 1

Christopher May
as Deputy Matthew Mathers

Horace B. Carpenter
as Buddy Bleu

Armand Ledet
as Henchman No. 2

Randy Tobin
as Detective No. 1

Richard Hitchcock
as Detective No. 2

Kimi Chestnut
as Nurse
View All

In his excellent documentary, also called Strange Fruit, filmmaker Joel Katz takes a fascinating look at the origins and impact of a ballad that's been called 'one of ten songs that changed the world.'

This is a film well worth seeing, talking and singing heads and all.

This intriguing drama that deliberately ties the ultimate metaphor of Jim Crow-era persecution, the lynching, to the plight of queer blacks in the modern South features a strong performance by Kent Faulcon...

It's a talking head documentary, but a great one.

"Strange Fruit"...should be mandatory viewing by all students old enough to understand the meaning and importance of the haunting song.

Katz uses archival footage, horrifying documents of lynchings, still photographs and charming old reel-to-reel recordings of Meeropol entertaining his children to create his song history, but most powerful of all is the song itself

Though only 60 minutes long, the film is packed with information and impressions.

Provocatively enlightens us on the fascinating origins and social convulsions created by the song Strange Fruit, and its profound connection to the progressive movements of the last century.

The only mystery in this film is how it made it past the story boards.