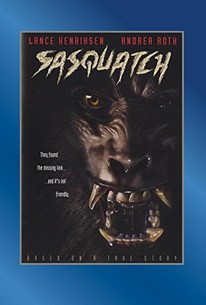 Based on actual accounts, The Untold is the story of Harlan Knowles (Lance Henriksen), billionaire and President of Bio-Comp Industries who heads up a team of experts in a quest to locate a company plane that disappeared over the remote forests of the Pacific Northwest. Knowles is obsessed with finding the plane and rescuing his daughter (Erica Parker), who was one of its passengers. The assembled team includes local guide Clayton Tyne (Russel Ferrier), renowned wilderness expert and author Winston Burg (Phil Granger) and the beautiful Marla Lawson (Andrea Roth). Soon, the team begins to suspect that Knowles' main objective is actually to recover the prototype of a DNA testing machine called the Huxley Project, which his company has spent years and millions of dollars developing. After finding the plane and its crew torn to shreds, the group tries to piece together clues about what could be responsible for the carnage. With the help of the Huxley prototype they discover they are facing a menace whose very existence is one of the world's greatest mysteries and the only people left to rescue may be themselves.

A cheesy little sasquatch film with Henriksen continuing to collect the paycheck.

Episode 1 of Fox's "24" offers more closure than does the finale of this interminably bad movie.

There are no featured audience reviews yet. Click the link below to see what others say about Sasquatch!