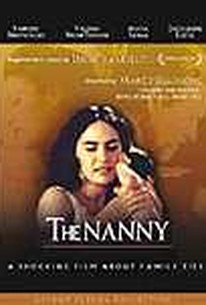 One of the masters of Italian cinema, Marco Bellocchio, who has made his name with political films, has been continuing his work with mostly adaptations from literature. La Balia, inspired by a novella of Luigi Pirandello, continues this tradition. The period costume drama takes place during a very turbulent period in Italian history. Neuropsychiatrist Moori and his young wife have just had a little boy who refuses his mother's milk. Mori chooses young Annetta as the nanny after having spotted her at the train station among handcuffed soon-to-be-deported subversives. The illiterate country girl seems to be in good health and suitable for the job. Mori makes a contract with her to abandon her own newborn son and instead feed and care for his child. It turns out that Annetta is not just an ordinary nanny, but a woman with a personality and history. Her presence, particularly her loving relationship with the child, threatens the stability of the family to the point that the natural mother, Vittoria, who has been depressed since the birth, leaves the house in desperation thinking this is the best thing for her child. Bellocchio has no pretensions about bringing a new narrative language to cinema with this film. He tells his story simply and convincingly. Particularly noteworthy is the way he juxtaposes the personal conflicts of the characters with the class conflict that forms the background. Cinematography, décor, lighting, all display distinct professional qualities. Acting by Valeria Bruni Tedeschi and newcomer Maya Sansa is worthy of mention. In competition at the 52nd Cannes Film Festival, 1999. ~ Gönül Dönmez-Colin, Rovi

Critic Reviews for The Nanny

There are no critic reviews yet for The Nanny. Keep checking Rotten Tomatoes for updates!

There are no featured reviews for The Nanny at this time.