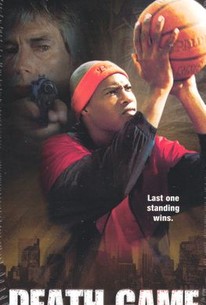 A young man's future hangs in the balance as two opposing forces struggle for his trust in this dramatic thriller from director Menahem Golan (Over the Top). Bo Brown stars as Jackie Stewart, a high-school basketball phenom poised to hit the big time. Enter Shakes Montrose (Billy Drago), a shady character bent on exploiting Jackie's talents for his own financial gain. Meanwhile, Jackie's coach is truly looking out for the young man's best interests and may be the only person who can save him. Death Game also stars Richard Lynch and Maureen Lavette.

There are no critic reviews yet for Death Game. Keep checking Rotten Tomatoes for updates!

There are no featured reviews for Death Game at this time.