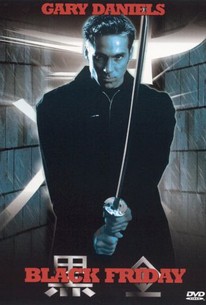 Gary Daniels stars as Dean Campbell in this tense action film. A former military leader who is now a lawyer and family man, Campbell returns home one day to find that his family is being held hostage by nuclear terrorists. The government agency in charge, called the CCO (Central Chemical Operations), wants Campbell to help them by providing the necessary information to infiltrate his custom-built mansion. But Campbell doesn't trust the government, and when his suspicions are confirmed -- the CCO had planned to bomb the terrorists along with his house and family -- Campbell decides to take matters into his own hands.

There are no critic reviews yet for Black Friday. Keep checking Rotten Tomatoes for updates!

There are no featured audience reviews yet. Click the link below to see what others say about Black Friday!