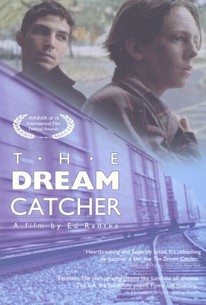 Low-budget filmmaker Ed Radtke's second feature is a male-oriented road movie about two unlikely characters thrown together by a strange fate. Freddy (Maurice Compte), who has a pregnant girlfriend back home and no prospects for the future, tries to board a moving train but only ends up losing his bag and cap. He meets a delinquent- looking adolescent named Albert (Paddy Connor) at a service station. Despite protests from Freddy, Albert sticks to him like glue and proves to be a useful companion. The reasons each character has for taking the long journey are revealed gradually. Freddy is looking for his uncle to get some news of his long-lost father, while Albert, who has escaped from reform school, is trying to find his mother with nothing more than a postcard she has written as a clue to her whereabouts. As the characters slowly get to know one another, they also discover rural America through chance encounters with a gallery of diverse characters from soldiers to Indians. Director Ed Radtke, who was once convicted of felony himself, displays his first-hand knowledge of adolescent delinquency. He also draws a remarkable portrait of troubled youth, looking for roots and a sense of identity, but always on guard, knowing only too well that there are no miracles in a cruel and harsh world. Although the film is character-driven, the landscape (shot beautifully by Terry Stacey) plays a very important part in setting the mood. Despite its low budget, The Dream Catcher was shot in eight states across the U.S. in more than hundred locations involving several night shoots. There are more than forty speaking roles. Producer Julia Reichert brought students on the set and also involved young offenders from detention centers in the writing and acting process. The Dream Catcher was shown in competition at the 1999 Locarno International Film Festival, where it received the second prize of the Young Jury (UBS).

Leslie Orr
as Woman at ATM

Tom Wamsley
as Trucker in Bathroom

Dalton Bybee
as Kid in Van

Dylan Bybee
as Kid in Van

Henley Green
as Parent in Van

Stuart Klorfine
as Parent in Van
View All

Critic Reviews for The Dream Catcher

Audience Reviews for The Dream Catcher

There are no featured audience reviews yet. Click the link below to see what others say about The Dream Catcher!