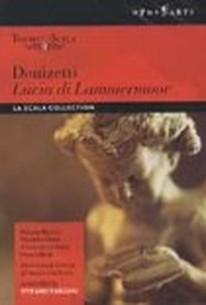 Filmed at La Scala in Milan, this is a faithful rendition of Gaetano Donizetti's three act opera, and is conducted by the acclaimed Stefano Ranzani. The tragic tale of love in wartime sees Edgardo of Ravenswood (Vincenzo La Scola) planning to marry the sister (Mariella Devia) of his bitter rival, Lord Enrico Ashton of Lammermoor (Renato Brusson). Ashton resorts to some devious tactics in an attempt to separate the two lovers, notably forging a letter.

There are no critic reviews yet for Lucia di Lammermoor. Keep checking Rotten Tomatoes for updates!

There are no featured reviews for Lucia di Lammermoor at this time.