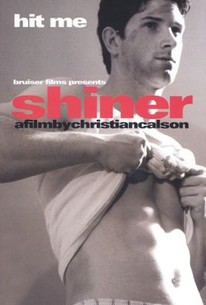 Violence leads to eroticism in Christian Calson's offbeat drama that proves love can come in the most unexpected -- and painful -- of forms. Snaking through the city streets under the cloak of darkness to stalk their victims, lifelong pals Tony and Danny get sexual gratification by beating up homosexuals and then each other. Despite being on the rebound from a failed relationship, Tony's roommate Elaine also discovers that violence can be a gratifying form of intimacy when a one-night stand turns violent and the physical pain takes her to a new level of sensuality. Meanwhile at a nearby gym, timid homosexual fitness center attendant Bob begins stalking hunky boxer Tim. When Tim discovers that he is being watched, the attention turns him on and he boldly turns the tables on his stalker.

There are no critic reviews yet for Shiner. Keep checking Rotten Tomatoes for updates!

There are no featured audience reviews yet. Click the link below to see what others say about Shiner!