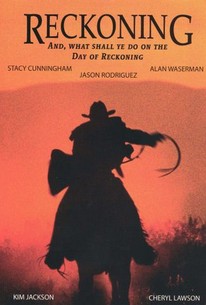 In his first feature film, stuntman Jason Rodriguez directed, wrote the script and stars as a cowboy searching for his kidnapped sister. This Western follows an oft-travelled trail and has similarities to Ron Howard's 2003 saga "The Missing," in which Rodriguez has a role as a Mexican slave trader.

There are no critic reviews yet for Reckoning. Keep checking Rotten Tomatoes for updates!

There are no featured reviews for Reckoning at this time.