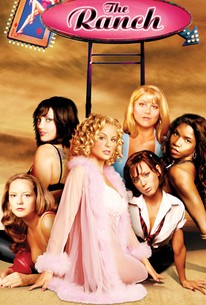 Susan Seidelman directed this made-for-cable comedy drama about a few days in the lives of a group of "working girls" in Reno, NV. "The Ranch" is a legally operated brothel that operates under the careful watch of state health inspectors (who insist on weekly medical checkups) and the semi-benevolent leadership of Mary (Amy Madigan), the manager. While the women on staff don't have to dodge the law like their comrades elsewhere, that doesn't mean they don't have their problems, as moms juggle parenthood with the world's oldest profession, some of the prostitutes struggle to keep their work a secret from their boyfriends, and others try to escape the mistakes of the past that brought them to Nevada. Originally created as a pilot for a possible cable series, The Ranch was released in R-rated and "uncut" editions; the supporting cast includes Samantha Ferris, Jessica Collins, Paige Moss, and Nicki Micheaux.

Critic Reviews for The Ranch

There are no critic reviews yet for The Ranch. Keep checking Rotten Tomatoes for updates!

Audience Reviews for The Ranch

Doesn't hold up as a movie, but would have been a really good tv show. What a shame it wasn't picked up.