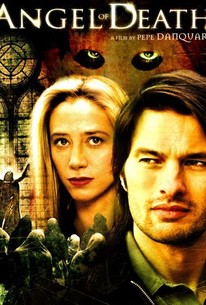 When a mysterious killer turns a small town's annual Easter celebration into a blood-soaked nightmare, it's up to Detective Maria Delgado (Mira Sorvino) to see that the homicidal maniac is apprehended and justice is served. As the winding and narrow ancient streets quickly fill with penitents, Detective Delgado's ominous task becomes as dangerous as it is seemingly impossible. With the body count quickly mounting and the frenzied killer's murderous antics holding the town in a horrific grip of terror, the pressure placed on Detective Delgado by the frightened townspeople plunges her headlong into a nightmarish confrontation with an unrelenting madman. This film also stars French actor Olivier Martinez.