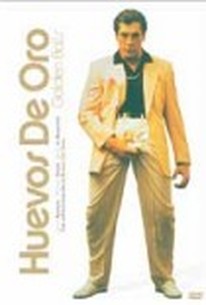 In this soft-porn drama, the oversexed hunk Benito Javier Bardem) spends a good portion of his military service in north Africa dreaming of sex, money and power - but mostly sex. He can barely keep himself in control, and is constantly grabbing his crotch. Somehow, when he is released from the service, he marries the daughter (Maria de Medeiros) of a real moneybags, and he uses some of those resources to build a gigantic skyscraper in the form of a phallus. After a car crash leaves him partially paralyzed and very despondent, his ill-used wife kicks him out and he moves to Miami, where he picks up a woman who (in a reversal of roles) loves 'em and leaves 'em. For some reason, this circumstance cuts our previously almost irrepressibly priapic hero to the heart, and he sobbingly realizes the extent of his losses. ~ Clarke Fountain, Rovi

Benicio Del Toro
as Bon the friend from Miami

Ángel de Andrés López
as Cif with the Chickpeas

Francisco Casares
as The Producer

María Martín
as The Producer Wife

There are no critic reviews yet for Huevos de oro (Golden Balls). Keep checking Rotten Tomatoes for updates!

There are no featured audience reviews yet. Click the link below to see what others say about Huevos de oro (Golden Balls)!