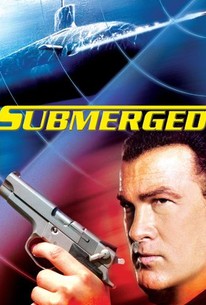 A skilled soldier of fortune discovers a force more dangerous than any he's encountered in this action thriller. Chris Cody (Steven Seagal) is a top-ranked mercenary who took part in an undercover operation to scuttle a major terrorist strike on U.S. soil. However, Cody had to break a number of laws in order to do the job, and he's residing in a military prison when he's given an offer by the United States government. Cody and his crew will have their sentenced commuted and receive 100,000 dollars each if they can capture a notorious terrorist who has kidnapped five American soldiers and bring them home. Cody agrees, but he soon learns that there's more to the five soldiers than he's been led to believe -- they're actually the products of a secret C.I.A. experiment in mind control, and have been programmed to become ruthless killing machines with the right commands.

So awful and incompetently made that I shut it off halfway through. The kind of straight-to-DVD Grade-Z junk that epitomizes Seagal's career in recent years.

Not all bad, especially with the ideal casting of legit badass Vinnie Jones in it. The story and fight scenes are pretty good in this, making it worth a viewing. I can't stress enough how supremely bad Vinnie is. He beats guys to death with his bare hands and has the best lines in this thing.