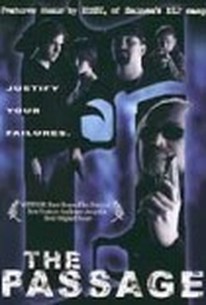 After his bride-to-be is gunned down during a robbery, petty criminal Andrew Hill (Greg Dow) vows to reform himself. But when underworld boss Guy Delmorte (Robert Emmett Young) offers him a chance at revenge in exchange for his participation in one last heist, Andrew reneges on his promise. As he's drawn into the plot, the small-time crook realizes that to avenge his fiancée's death, he must confront not only the killer, but his own conscience.

Critic Reviews for The Passage

A no-nonsense take on the criminal element.

Audience Reviews for The Passage

There are no featured audience reviews yet. Click the link below to see what others say about The Passage!