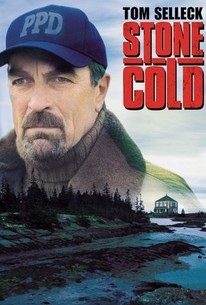 A tough cop must deal with some ugly crimes in a small New England town in this made-for-TV mystery. Jesse Stone (Tom Selleck) is the thick-skinned chief of police in the small town of Paradise, MA; while Stone has a good heart, he's not the sort of man who wears his emotions on his sleeve, and often turns to whiskey when his work gets to be too much for him. When a series of unexplained murders begin occurring in Paradise, Stone begins to suspect Andrew Lincoln (Reg Rogers) and his wife, Brianna (Jane Adams), a pair of eccentric artists who have a fascination with violence. But when 16-year-old Candace Pennington (Alexis Dziena) is brought in to see Stone by her mother and father after she's been raped, Stone is a bit puzzled by the parents' reaction to the crime, and wonders if there might be some link between this assault and the murders. Stone Cold was based on the best-selling novel by noted crime author Robert B. Parker. ~ Mark Deming, Rovi

There are no critic reviews yet for Stone Cold. Keep checking Rotten Tomatoes for updates!

It is easy to like Tom Selleck in these movies. The movie is a tad unbelievable, but I enjoyed watching Jesse solve it.

Nothing incredible or out of the box, but serves fine for time pass in adversity.

Tom selleck is well cast as Jesse Stone who is the chief of a tiny town. This is definitely not your typical made for television melodrama which was surprising. The film is well crafted and unfolds like a noir, especially with Stones tough guy exterior. Harmon doesn't let the action take over the story which allows the characters to drive the film. the support cast is quite interesting if a little underwhelming, basically because of Sellecks powerhouse performance leading the way. Mimi Rogers is criminally underused and Reg Rogers is just so plain to be menacing as the villain of the film. the love story between Mimi and Selleck just seems a little forced when the film should be focusing on the death of he's girlfriend. the first of the series of films does well to establish its lead and is set perfectly for the next additions

A very well-done made-for-TV-movie starring Tom Selleck as a former LAPD Detective who relocates to a small Massachusetts town to become its police chief. In this one, he's investigating a series of murders that are coming closer to him and at the same time solving the gang-rape of a 16 year old high school girl. Selleck truly shines in the role with his quick, dry wit and across-the-board thinking. The movie gets to the point, not dragging out but not diving into things too quickly either. Very well done that gets me interested to watch more.