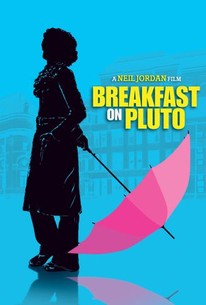 Critics Consensus: Well-acted if monotonous drama about a transvestite prostitute in London during the 1970s.

Critics Consensus: Well-acted if monotonous drama about a transvestite prostitute in London during the 1970s.

Critic Consensus: Well-acted if monotonous drama about a transvestite prostitute in London during the 1970s.

An Irish boy becomes an emotional and sexual outcast as the 1960s fade into the 1970s in this period drama from director Neil Jordan. When he was just a baby in the early '60s, Patrick Braden (Conor McEvoy) was abandoned by his mother and left on the doorstep of a church overseen by Father Bernard (Liam Neeson). Placed in a foster home, sensitive Patrick doesn't much care for the emotionally chilly attitude of his new "family," and psychologically buffers himself against the world by writing stories that make fun of Father Bernard and the other authority figures in his life. As he grows into adulthood, Patrick (played as an adult by Cillian Murphy) also discovers that he enjoys dressing in women's clothes and prefers the company of men, and as a teenager he falls into an affair with Billy Hatchet (Gavin Friday), a nightclub performer who also runs guns for the Irish Republican Army. In the early '70s, Patrick -- who has since taken on the drag name "Kitten" -- makes his way to London, where he becomes involved with Bertie (Stephen Rea), a small-time nightclub magician who gives the young man a place to say, a sense of security, and a job as his on-stage assistant. However, Patrick's idyllic life with Bertie proves short-lived when his old friends come to town on IRA "business." Breakfast on Pluto also features a supporting performance from former Roxy Music frontman Bryan Ferry.

Kieran Lally
as The Mohawks

Stephen McDaid
as The Mohawks

Pete Reddy
as The Mohawks

Maurice Seezer
as The Mohawks

Lex Shrapnel
as Soldier at Roadblock

Paul O'Toole
as Barman in Wards

Neil Jackson
as Man at Disco

Dominic Cooper
as Squaddie at Disco

Critic Reviews for Breakfast on Pluto

Sadly, Kitten himself is the sort you'd be happy to string across a tennis racket, and the film never quite copes with his lethal insufferability.

One scene bleeds into the other and the whole enterprise slowly starts to resemble a fragmented comic book more than a high-quality auteur-driven motion picture.

The film is downright aggravating.

Breakfast on Pluto may seem a fairy tale at times (no pun intended), but this Kitten has claws.

Like Kitten and everything else about Breakfast on Pluto, it's altogether too overstated and obvious, but at least it doesn't pretend to have any significance whatsoever.

This picaresque tale is Candide as filtered through Oscar Wilde.

A passable film, too long, and that only at times is seen the good hand of Jordan. [Full Review in Spanish]

The way in which the film is shot, the story itself, the magnificent interpretation of the protagonist, make 'Breakfast on Pluto' a wonder, which I recommend with no doubt. [Full Review in Spanish]

Rambling romance about a man truely in love with himself. Cilian Murphy has great talent, but not in this loser directed by Neil Jordan. My advice to Murphy...speak up and stop mumbling.

"Kitten" is one of the most admirable characters ever depicted on-screen.

Audience Reviews for Breakfast on Pluto

An orphaned transvestite navigates associations with the IRA and the search for his birth mother. Aside from the chameleon performance by Cillian Murphy as Kitten, there is very little to like about this film. The story is a very basic tale about separation and coming of age that, when it doesn't wreak of cliche, lingers on banalities. Overall, Murphy is the only reason to see the film, but even then, the rest of the film is bound to disappoint.

Like Patrick McCabe's novel, Neil Jordan's "Breakfast on Pluto" is episodic and fragmented. I did enjoy the way Jordan moves his camera and Cillian Murphy is committed to bringing Patrick Braden to life, but it's far too little to save the film. I found this unengaging and emotionally schizophrenic, a combination that left me feeling alienated. Plus, the chapter dividers are totally unneeded in the film, it didn't work that great in the book and on film it's totally superfluous.

it's a sweet and hopeful tale about a foundling named kitten, growing up strange in an irish town that never understood him, moving to swinging london in search of his long lost mother, and having many adventures along the way. cillian murphy is wonderful as kitten, a somewhat naive character who never gives up on love. takes awhile to get going and it's a bit uneven. i can't say i don't miss the dark days of mona lisa and the crying game but it's a fun film with enjoyable pop soundtrack

I just love the completely outrageous nature of this. The narrative side of this is just such a charming and unique story. Cillian Murphy just shows what an amazing actor he is with a truly convincing and realistic (to the story) character. It also spares no expense to go sideways every once in a while to show fantasies/dreams without coming off as corny or naive.