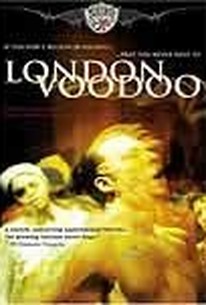 In the tradition of The Exorcist, London Voodoo tells the story of a average family who have their lives turned upside-down in a horrifying fashion when they discover a voodoo grave beneath their new house. Sara Stewart stars as Sarah, the family matriarch who is overtaken by the ghost of a voodoo princess. Written and directed by Robert Pratten, the film was honored with awards at both the 2004 Fearless Tales Genre Fest and the 2004 Boston International Film Festival. ~ Matthew Tobey, Rovi

There are no featured reviews for London Voodoo at this time.