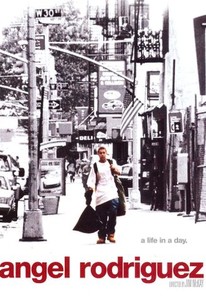 A high-school guidance counselor and a troubled, inner-city teen both at crucial stages in their lives struggle to make sense of the hand fate has dealt them as they share their fears and hopes for the future in an affecting urban drama starring Rachel Griffiths and Jonan Everett. After being kicked out by his enraged father, Angel (Everett) fast turns to lying, cheating, and petty thievery in order to survive. Though it seems that Angel is destined for a life on the streets, compassionate counselor Nicole (Griffiths) invites him to seek shelter in her home for the night. A promising computer technician who just doesn't seem to be able to get his priorities straight, Angel must soon ready himself for a meeting with his father and Nicole that could either compel him to take responsibility for his actions, or lead him directly to the freeway underpass where he has recently been stashing his possessions in preparation for the worst.

Miriam Hyman
as Chantel
View All

Despite some neatly understated yet complex performances by Griffiths and newcomer Everett, the film has a tendency to meander from scene to scene without ever sufficiently engaging the viewer.

[Director Jim] McKay never finds an effective way to drive this paradox home, though he is an honest enough filmmaker to expose it.

...there's a palpable feeling of authenticity at work here...

You never get a false moment in a Jim McKay film.

There are no featured audience reviews yet. Click the link below to see what others say about Angel Rodriguez!