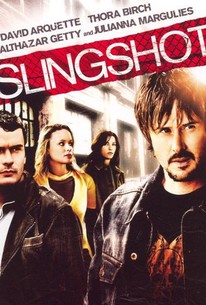 Taylor (Balthazar Getty) and Ashley (David Arquette) have been best friends since they were boys. They've grown older and stuck together, making a meager living, drifting across the country running low-level cons. They end up in Fairfield, CT, where Ashley thinks they can scam rich lonely housewives. At a children's hockey game, Taylor chats up Karen (Julianna Margulies), who seems to fit their victim profile to a T. She's depressed and unsatisfied in her second marriage. Her teenage daughter from her first marriage, April (Thora Birch), is away at college, and her neglectful, philandering husband is rarely around. Ashley wants Taylor to spend some time with Karen, gain her trust, and case her house for valuables, but the situation gets complicated when Taylor begins to develop genuine feelings for her. Karen soon realizes that Taylor does not offer the solution she seeks to her problems, and ends their affair. Taylor pines for her until he accidentally runs into April. As Taylor and April begin to develop a relationship, the unstable Ashley grows distraught over the state of his partnership with Taylor. Slingshot was written by director Jay Alaimo, producing partner Matt Fiorello, and Matthew Martin (who also has story credit). The film had its world premiere at the 2005 Tribeca Film Festival.

Irene Walsh
as Suzane
View All

WoW, this is absolutely terrible If you wanna know more, ask me