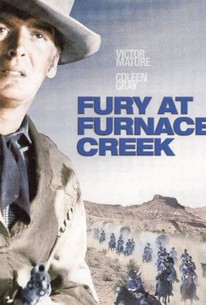 In this western the two sons of the commanding officer of an outpost attempt to clear their father's name after he is accused of conspiring with the Indians and is forced to resign. To prove his innocence, the men use terribly different methods. The older one, an adventurer, approaches suspects directly, while the younger, an army officer, choose a more subtle, methodical approach. Their different methods serve to temporarily alienate them from each other until at last the truth is discovered. The real traitor is a silver tycoon who framed their pa so he could buy up the Indian land and exploit it for it's valuable ore.

Robert B. Williams
as Stranger

A better than average Western.

Decent western with a capable cast.