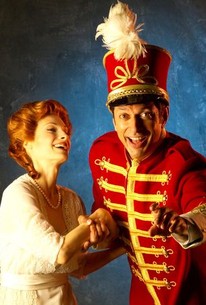 Filmmakers Chris Bradley and Kyle LaBrache co-directed this film that exists somewhere between an improvisational mockumentary and an actual documentary. Starring Jeff Goldblum as himself, the film follows the actor's attempts to put on a production of +The Music Man in the titular town. The play really happened, but how much is real and how much is just deadpan comedy remains for the audience to discern. Goldblum's friends Illeanna Douglas and Ed Begley Jr. co-star as themselves.

Illeana Douglas
as Herself

Ed Begley Jr.
as Himself

Catherine Wreford
as Herself

Alanis Morissette
as Herself

Craig Kilborn
as Himself

Jeff Goldblum's willingness to take a chance on something different and the way he sticks to it is the real charm of 'Pittsburgh.'

Singularly unique... one of the more enjoyable motion pictures I've come across in recent months

This is quite a funny mockumentary reminding me why I used to enjoy seeing the name Jeff Goldblum on a cast list. Here he plays himself, Jeff Goldblum, with the sudden desire to forgo his film career (much to his agent's exasperation) and star in a local theater production of The Music Man back in his hometown of Pittsburgh. Problem is, he only realizes he can't really sing and can't really dance until he has already shmoozed his way into the lead role to the chagrin of some in the theater company. Meanwhile, his friend Ed Begley Jr. gets him involved in a potentially financially ruinous solar energy scam, and another friend Illeana Douglas begins dating Moby who, as Jeff discovers, has some peculiar fetishes. One of those rewarding discoveries that reaffirms why I keep giving little unknown films a chance.

A very funny, Christopher Guest-style mockumentary - plus I'm very Pittsburgh, so any recognition is always great!