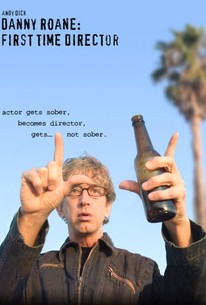 A washed-up television star attempts to crawl out of the bottle and back to the top of the heap in this showbiz mockumentary starring Andy Dick as the biggest underdog the small screen has ever known. The time has come to sober up and jump back in the fray, but could it be that Danny Roane (Dick)'s talent has finally been drowned by a few too many week-long benders? As he takes his shot at directing his first-ever feature film, the world watches wondering whether he'll turn out an undisputed classic or simply blackout before the martini shot is in the can. Ben Stiller, Maura Tierney, James VanDerBeek, and Bob Odenkirk all drop in to wish their old friend good luck as he stumbles his way down the comeback trail.

James Van Der Beek
as Himself

Anthony Rapp
as Himself

Maura Tierney
as Herself

Jack Black
as Himself

Frankie Muniz
as Himself

Rachel Zeskind
as Leslie
View All

It's a chance to watch two filmmakers, one real and one fictional, screw up their movies at the same time.

Actually really funny! Andy Dick's direction is great in this off-beat mockumentary. It's definitely out there, but it's so well done. The musical parts with Anthony Rapp is so hilarious, and all the stuff with James Van Der Beek is hysterical. A great comedy!