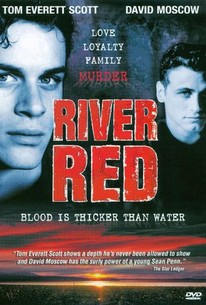 In small-town New England, Dave fatally stabs his alcoholic father while protecting his younger brother Tom. Tom takes the rap and is sent off to a juvenile correction facility. Dave must work as a dishwasher to pay off his father's debts, and eventually he turns to robbery.

Mella Fazzoli
as Timmy the Mechanic

Chris McGinn
as Woman in Store

Daniel Prucell
as Boy at Sara's

Ceili
as Mocha
View All

There are no critic reviews yet for River Red. Keep checking Rotten Tomatoes for updates!

There are no featured reviews for River Red at this time.