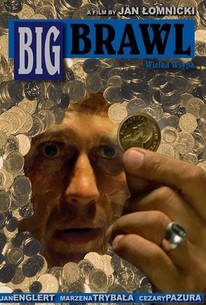 Jan Lomnicki's 1992 drama The Big Brawl unfolds in the years immediately following the collapse of the Soviet Union, when the Polish government is still grappling with rebuilding its infrastructure and economy. Against this sociopolitical backdrop, one infamous local criminal (Jan Englert) leads others in systematic attempts to take advantage of the chaos, confusion and disorder by placing himself in a seat of authority and power. Little does he realize, however, that such advantages are temporary at best, to be succeeded by a considerable, inevitable downfall. ~ Nathan Southern, Rovi

There are no critic reviews yet for Big Brawl. Keep checking Rotten Tomatoes for updates!

There are no featured reviews for Big Brawl at this time.