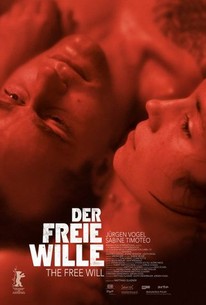 Theo (Jürgen Vogel) has raped several women and is, after several years of committing acts of sexual violence, caught. He is committed to a psychiatric prison and, after 12 years in prison, he is released to return to normal life. Theo finds work as a printer, goes regularly to therapy, and lives in a supervised group. But Theo finds that finding a normal life isn't all that easy. Functioning more like a wooden puppet than a person, Theo wanders through his post-prison days more like an inhibited loner with severe difficulties in his social encounters with women. In spite of overwhelming loneliness and growing depression, Theo fights returning to his old violent ways. And then a ray of hope enters Theo's life: he gets to know Netti (Sabine Timoteo), the daughter of the domineering printing house owner. Netti mistrusts men in the same way that Theo mistrusts women. The two outsiders befriend each other and eventually fall in love. But Nettie knows nothing about Theo's past and his problems -- until one night when Theo decides that he can't keep living a lie. Der Freie Wille tells the story of a man who is given freedom but still remains a prisoner inside. ~ Heidi Philipsen, Rovi

Critic Reviews for Der Freie Wille (The Free Will)

Audience Reviews for Der Freie Wille (The Free Will)

an unflinching exploration of damaged psyches, alll the more disturbing because of the intrinsic nature of the disturbances, free will, and naked, raw pain.