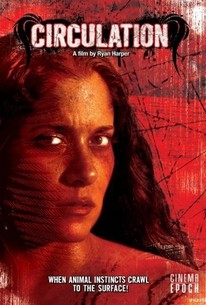 Set in a purgatory where the dead still retain their human form while gradually adapting the instincts that animals are naturally born with, director Ryan Harper's heady horror fantasy follows the bizarre journey of Ana, a woman who finds herself trapped between two worlds following a frightening encounter. Ana is on her way to be with her new boyfriend at a seaside hotel when her jealous ex-boyfriend shows up seeking revenge. A harrowing struggle follows, and as the violent brut attempts to kidnap the resisting beauty, both are killed in a deadly car accident. Later, after emerging from the wreckage and walking down the highway in search of help, the severely injured Ana is picked up by a vacationing American tourist named Gene. At first Ana is reluctant to ride with the gruff retiree, but it doesn't take her long to realize that he's her only hope for reaching the hotel where her boyfriend awaits. Ana doesn't speak a word of English, and Gene isn't at all fluent in Spanish, and when the pair arrives at the hotel they discover something truly unnerving. Not only has the once lavish resort inexplicably fallen to ruin, but the people who inhabit all exhibit strange animalistic qualities. Terrified, Ana begs Gene to drive her home, where she is bitterly rejected by her deceased brother. Dreams of her animal self lead the frightened wanderer to suspect that forces beyond her comprehension may be at work, and as the days stretch on and her visions become more vivid Ana soon begins to embrace the animal within.

Cheesy visual effects involving, apparently, spiders and caterpillars round out the ineptitude.

Some viewers may take comfort in this shamanistic B-movie, while the rest will wish it were more like Dawn of the Dead.

There are no featured reviews for Circulation at this time.