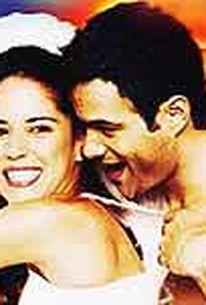 A gal gets a crash course in love as her wedding day draws near in this romantic comedy from Mexico. Alicia (Ana Claudia Talancon) is a pretty but eccentric young woman, who was powerfully effected by Lewis Carroll's Alice in Wonderland as a child, and who today makes her living as an artist, creating drawings that betray the influence of the classic fantasy tale. Alicia is engaged to marry Fabian (Fabian Corres), the publisher of a successful lifestyle magazine, but Alicia is rather naïve in the ways of love and is still a virgin. Alicia is also unaware that Fabian has been having an affair with Ana (Ana de la Reguera), an editor at the magazine who would love nothing more than to have Alicia out of the way and Fabian all to herself. Hoping to disrupt Alicia's bridal shower, Ana hires a hunky male stripper for the occasion, Rocco (Luis Roberto Guzmán), but while Alicia is embarrassed by his performance, she's also intrigued by him, and she finds herself striking up an unexpected friendship with Rocco that soon takes an unexpected turn. Ladies' Night was screened as part of the 2004 Los Angeles Latino Film Festival. ~ Mark Deming, Rovi

A majority of straight dude viewers will hate this movie, but there's an audience for it, and I'm a part of it

There are no featured reviews for Ladies' Night at this time.