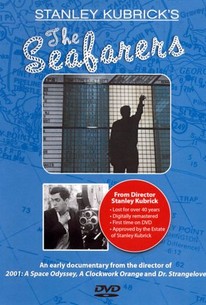 Members of the American Federation of Labor, the Atlantic & Gulf Coast District of the Seafarers International Union commissioned budding filmmaker and magazine photographer Stanley Kubrick to direct this half-hour documentary. Originally released in October of 1953, this short was the director's first film in color. More of an industrial film than a documentary, it basically served as a promotional tool to get sailors to join the union. Since then, it has been released on home video for curious fans of the director. In addition to directing, Kubrick was cinematographer and editor. Presumably, he took the job of making The Seafarers in order to finance his first feature film, Fear and Desire, which was released in the same year.

Critic Reviews for The Seafarers

For those who must have in their collection every film Kubrick made.

Audience Reviews for The Seafarers

There are no featured audience reviews yet. Click the link below to see what others say about The Seafarers!