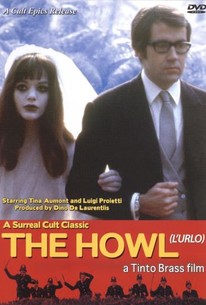 Tinto Brass directed this bizarre counterculture escapade, which was shot in 1968 and reflects that momentous year in its frequently playful outrage. Anita (Tina Aumont) is a student activist whose politics move even further to the left after she's raped by police officers following her arrest during a demonstration. Her fiancée Berto (Nino Segurini) is still eager to marry her, but during a performance-art ceremony held in an industrial wasteland, Anita changes her mind and runs away. She soon meets Coso (Gigi Proietti, here billed as Luigi Proiette), who may or may not be an escaped prisoner, and together they wander from one part of Italy to another, encountering a variety of bizarre characters along the way, including a family of well-bred cannibals, a handful of mental patients who stage a revolt, a military leaders whose short stature has not stunted his arrogance, a band of angry but inept police officers and a hotel full of sexual experimentalists. Abandoning a traditional narrative once Anita and Coso hit the road, L'Urlo (aka The Howl) was Brass's second film exploring the changing mood of the Swinging Sixties, following Nerosubianco (aka Attraction and Black On White).

Critic Reviews for L'urlo (The Howl)

There are no critic reviews yet for L'urlo (The Howl). Keep checking Rotten Tomatoes for updates!

Audience Reviews for L'urlo (The Howl)

There are no featured audience reviews yet. Click the link below to see what others say about L'urlo (The Howl)!