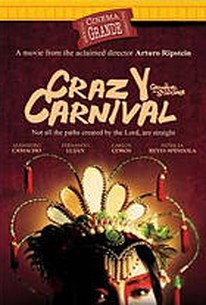 In this black comedy, master Mexican director Arturo Ripstein (The Holy Office, Deep Crimson) presents another of his trademark looks at the twin forces of absurdity and pathos. Based on a novel by Pedro Antonio Valdez, the film weaves five episodic tales centered around a decrepit Mexican brothel run by a Chinese immigrant, Chang (Samuel Gallegos), and protested nightly by a Christian group who hopes to shut it down. Among the cast of characters who populate this modern-day Sodom and Gomorrah are Chang's long-suffering wife, an eccentric stable of hookers, and an especially seedy roster of customers (including corrupt politicians and deranged priests), resulting in a carnivalesque tapestry of the human condition. ~ Sandra Bencic, Rovi

The film doesn't cover any new terrain for Ripstein -- which some may complain about - but its terrain that he knows well.

There are no featured reviews for El Carnaval de Sodoma (Crazy Carnival) at this time.