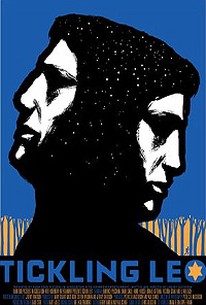 In the days before Yom Kippur (aka the Day of Atonement), Zak Pikler takes his pregnant girlfriend, Delphina, to find his estranged father in the family drama Tickling Leo, written and directed by Jeremy Davidson. When they reach the man's home in the Catskills, Zak finds that his father has turned into a hermit and is suffering from dementia. But the problems in the present only mask those in the past, causing his father to revisit the Holocaust and his escape from Hungary. Produced by actress and director Mary Stuart Masterson, Tickling Leo stars Daniel Sauli, Annie Parisse, Lawrence Pressman, and Eli Wallach.

The Holocaust new wave continues with Tickling Leo, this time drawing on a little-known historical footnote as the haunted backdrop for an otherwise tepid contemporary drama.

Director Jeremy Davidson's father-son tale is refreshingly edgy and well-acted, but painfully obvious in almost every other way.

The film's rich performances, in which every shade of every character's emotions registers, can go only so far to camouflage the glaring lapses in a drama that often confuses hints and allusions with coherent storytelling.

So earnest and likable, you want to just give it a pat on the head and send it on its way. Unfortunately, it's just not terribly compelling.

less an integrated film project than a collection of actors' audition tapes, high energy exercises that look impressive individually but compiled together in a film are nothing short of ridiculous.

In beautifully photographed settings, brings together an excellent cast, which almost overcomes the film's very labored themes, but an unconvincing debut feature.

Briefly in theaters now, Tickling Leo -- the title makes little sense -- will undoubtedly disappear quickly, only to have a faltering second life at small film festivals. You'll miss little if you pass it by.

[Pressman's] performance ... as the increasingly demented poet and Holocaust survivor Warren Pikler, gives us the man Warren was, is and will be. It isn't easy, but like a long line drive, it's a great thing to watch.

There are no featured reviews for Tickling Leo at this time.