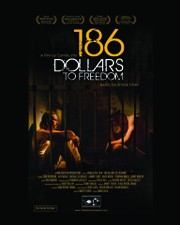 Amber L
April 29, 2013
The real title of this film is City Of Gardens and make sure you get the proper, subtitled, Peruvian original, and not a silly dubbed version. City Of Gardens is a Peruvian MIDNIGHT EXPRESS, minus the exceptionally hard edge of the 1978 Alan Parker movie.

In GARDENS, a stupid American goes to Peru to surf, where predictably, he's essentially kidnapped. What actually happens is he's busted on phoney drug charges, and "lost" in Peru's hopeless penal system, pending a payoff from his "rich American father" that the local cops are just sure he must have (along with a swimming pool -all Americans are rich and have swimming pools.)

Of course, this is the allegedly "pre-civil rights" Peru of 1980. We all know nothing like this could ever happen in a safe, modern, America-loving, enlightened nation like the modern-day Peru (snickers.)

Anyway, stupid-surfer-boy refuses to give in -or maybe he really doesn't have a rich American father or a swimming pool back home. But either way, he's in a real hell-hole of a prison and has to deal with weirdos, each one a standard prison movie cliche: brutal guards, corrupt officials, an impotent US Consul, a crazy queer bunkmate, an inmate who thinks he's Jesus Christ, a pacifist flower-power Zen-Buddhist inmate, thugs, and various protestors, predators, and revolutionaries.

Light on surprises and suspense, but rich in grim atmosphere, City Of Gardens is effective and well-made. It's worth a viewing, but it doesn't have a lot of point other than, KEEP THE HECK OUT OF COUNTRIES WHERE YOU HAVE NO BUSINESS BEING!

It gives you that wonderful, THANK GOD THAT'S NOT ME!" and "No matter what my problems are, my life is wonderful BECAUSE I'M NOT ROTTING AND GETTING SODOMIZED IN A SOUTH AMERICAN PRISON !" feeling.

Because that's a great feeling! Even though you'll want a hot shower after you watch this movie.
Page 1 of 1