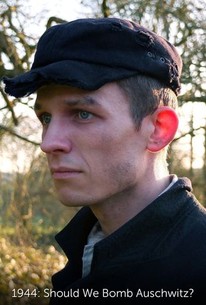 1944: Should We Bomb Auschwitz? Photos

In April 1944, two Jewish prisoners miraculously escaped from Auschwitz. When they recounted what they had left behind, their harrowing testimony revealed the true horror of the Holocaust to the outside world for the first time. They described in forensic detail the gas chambers and the full extent of the extermination programme. The news they brought presented the Allies with one of the greatest moral questions of the 20th century: Should we bomb Auschwitz? While the Allies deliberated in London and Washington, the killing machine ground on in southern Poland. One month after the men's escape, almost 800,000 Hungarian Jews had been rounded up awaiting transport to Auschwitz. By early July 1944, the majority had been transported. Most of them were murdered on arrival. As the killing at Auschwitz reached its frenzied climax, the outcome of the Second World War hung in the balance. Millions of troops were fighting on both fronts and battling for supremacy in the air.

Critic Reviews for 1944: Should We Bomb Auschwitz?

Told through dramatisation, the testimony of experts and surviving prisoners, the documentary was thought-provoking and compelling, and left viewers full of admiration at the risks [Rudolf] Vrba and [Wetzler] Wetzler had taken to tell their story.

There are no featured reviews for 1944: Should We Bomb Auschwitz? at this time.

1944: Should We Bomb Auschwitz? Quotes