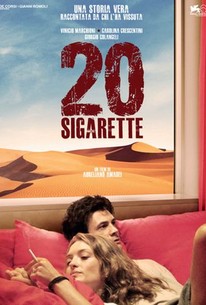 A man who went out of his way to avoid war stumbles into a heroic sacrifice in this comedy-drama based on a true story. In 2003, Aureliano Amadei (Vinicio Marchioni) is an anarchist and anti-war activist who manages to avoid being drafted by convincing the military he is gay, despite having a girlfriend. Short on ambition but interested in filmmaking, Amadei lands a job as a go-fer on the set of the latest project from director Stefano Rolla (Giorgio Colangeli). But Amadei discovers there's something unusual about the assignment -- the movie is being shot in Iraq, not far from the fighting. Amadei takes the job anyway, but only a few hours after arriving in Iraq, he becomes a witness to a suicide bombing that claims the lives of twenty-eight people, including seventeen Italian military men and director Rolla. Amadei is injured but survives, and as he recuperates, he finds himself the center of international media attention, but it's by interacting with wounded warriors that he learns his most valuable life lessons. 20 Sigarette was directed by the real life Aureliano Amadei, who helped adapt the screenplay from his own memoirs about his experiences in Iraq.

There are no critic reviews yet for 20 sigarette. Keep checking Rotten Tomatoes for updates!

There are no featured reviews for 20 sigarette at this time.