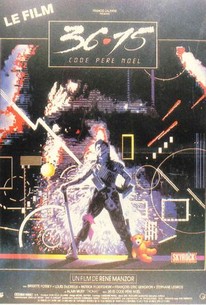 Thomas (Alain Musy) is living with his mom and granddad in a huge country house. He makes a teltext phone call requesting that Santa Claus visit his house for Christmas. Instead, a crazed lunatic in a Santa outfit comes to visit, and for the rest of the film, Thomas is kept busy fending off the murderous Santa, in this French-style and relatively nonviolent thriller. Despite a superficial resemblance, this movie is not intended for child viewers the way Home Alone is - not least because by the end of the film, the kid no longer believes in (or cares about) Santa Claus.

If you're looking for a darker, crazier version of Home Alone, Dial Code Santa Claus will not disappoint.

There are no featured reviews for Game Over (3615 code Père Noël) at this time.