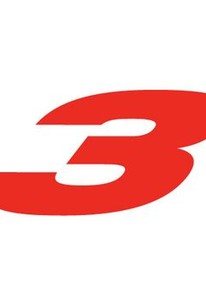 Barry Pepper stars as stock-car racing legend Dale Earnhardt in this made-for-cable drama. Dale was raised by Ralph Earnhardt (J.K. Simmons), a proud man who worked at a mill to feed and clothe his family but found true satisfaction rebuilding jalopies in his garage and racing them at local events on the weekends. Ralph was a minor legend in Southern stock-car racing, and when Dale dropped out of high school to follow his own passion for racing, he started out in his father's shadow -- and with no illusions about the odds stacked against him. But after more than a decade of struggle, Dale finally began to break into the big leagues in the late '70s, and in time he became the biggest money maker in NASCAR history, tying with the great Richard Petty as the winner of the Winston Cup trophies. But the lessons Dale learned from his father took on a deeper meaning when his own teenage son, Dale Jr. (Chad McCumbee), also decided to take up racing at the age of 16 -- and Dale tried to keep his hot-headed son away from the track. Named for Earnhardt's racing number, 3: The Dale Earnhardt Story debuted on the ESPN cable network on December 11, 2004, and was released on home video shortly afterward.

There are no critic reviews yet for 3. Keep checking Rotten Tomatoes for updates!

Very good movie about the only racer I've ever cared to watch or been a big fan of. Since he got killed, I haven't watched an entire Nascar race since, and may never again. Great likeness/portrayal of the real Intimidator, and amazin job that ESPN did overall with this!