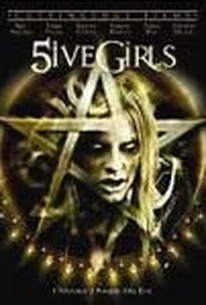 The ancient demon Legion has exerted its malevolent influence on remote reformatory, and it's up to five wayward teenage girls to release the institution from his demonic grip in director Warren P. Sonoda's satanic supernatural thriller. Ron Perlman stars as the head priest in a film that pits the power of five teenage mortals against the unfathomable strength of the devil's greatest disciple. ~ Jason Buchanan, Rovi

Would be a lot of fun if it wasn't so boring, rehashed, and cliché...

I can see why the film has a cult following, it's typically campy and formulaic, featuring hot chicks and Ron Perlman. The film was not boring at all, every minute is fun however the bad acting crushed the film to powder. If the development of the super powers of each girl could be improved I am sure it would be a better film to watch for.

I like Occult Movies trouble is sometimes when I watch some of them I feel like they are all same. Except The Craft ofcourse.

Not too much plot - and what plot there is is somewhat inconsistent. Your typical reform school girls trapped in a haunted school fighting the demon Legion kinda film.

I'm so sorry if you love this movie. I really am sorry; very very sorry. Because this movie is terrible. One important lesson for those inspired by this movie, don't quit acting school to do a shitty B flick like this film.