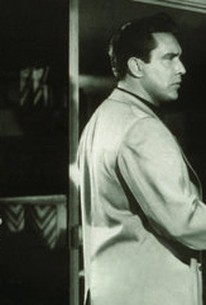 Edmond O'Brien plays a telephone repairman whose electronic savvy earns him a job with a bookmaking concern. O'Brien's bookie boss Barry Kelly wants to get instant results from the nation's racetracks, and to this end O'Brien illicitly plugs into several communication centers. The wealthier O'Brien becomes, the more scruples he sheds. Eventually he runs afoul of the Big Boss of an Eastern bookie syndicate (Otto Kruger) and vainly attempts to escape with his life in a slam-bang final at Boulder Dam. 711 Ocean Drive was made to cash in on a then-current national newspaper expose of bookmaking operations.

[711 Ocean Drive was] made, it is claimed, under police protection, which is why, perhaps, it is such an incoherent bundle of nerves.

This moralistic tale spins an interesting take on the criminal genius who falls and the sychophant crime bosses, who can't be stopped completely.

There are no featured audience reviews yet. Click the link below to see what others say about 711 Ocean Drive!