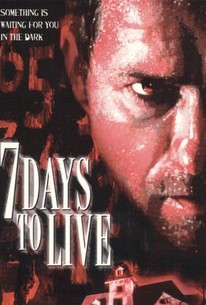 In 1976 a group of English villagers led by cop Carl (Nick Brimble) journey to a remote house where they discover a traumatized man and the corpse of his wife. Twenty-three years later, the remote house is home to Martin (Sean Pertwee), a burned-out novelist, and his American wife Ellen (Amanda Plummer), who have settled there following the freak death of their young son. Faster than you can say "Heeere's Johnny!" weird things start to happen: Ellen becomes convinced that she's going to die, while Martin's behavior is increasingly erratic and combative. Ellen decides to solve the mystery of her lodgings, which locals insist is located on a primeval bog with a somewhat unpalatable history. Although set in England, this film was actually shot in the Czech Republic.

Peter Varga
as Intern
View All

It's a shame to see such good performances mostly wasted on a generic horror clone. Pertwee and Plummer would have been fantastic in a film like THE RING.

An interesting, suspensful flick. Very slow-paced at times, though.