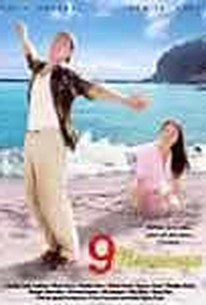 After the death of his girlfriend, Gene (Piolo Pascual) becomes a cynical, controlling miser whose life revolves around only two things: money and sex. So when he discovers he's about to inherit his grandmother's vast fortune, his spirits soar -- but they quickly deflate when he learns that, in order to get it, he'll have to complete all nine Christmas dawn masses, or &NFisimbang gabi&NFi_;, a Pinoy practice he abhors. Donita Rose co-stars.

There are no critic reviews yet for 9 Mornings. Keep checking Rotten Tomatoes for updates!

There are no featured audience reviews yet. Click the link below to see what others say about 9 Mornings!