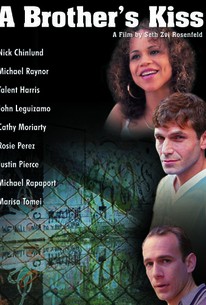 Mick (Michael Raynor) and Lex (Nick Chinlund) are a pair of brothers who grew up in Harlem under circumstances that were difficult at best. Their mother Doreen (Cathy Moriarty) was a diabetic with a drinking problem and difficulty in saying no to men. While she wasn't a prostitute, she grew dependent on the little gifts her lovers would bring by, and as kids, Mick and Lex learned to accept this as the way things were. One night, Mick and Lex were taking a walk in the park when they were accosted by a cop who molested the younger Mick. Lex, older and strong as a grown man, attacked the cop, which led to a stay in a reform school. Years later, Mick is himself a policeman; while he's tried to bury the childhood incident in his past, he still shows emotional scars and is sexually dysfunctional. Lex, however, has taken the more dramatic slide. Since his stay in reform school, Lex has been in and out of trouble; today he has a combative relationship with Debbie (Rosie Perez), his girlfriend and the mother of his child and a going-nowhere job driving a bus. He also sells drugs for local dealer Lefty Louie (John Leguizamo), but has developed enough of a habit that his sales don't begin to compensate for the amount he uses himself. Mick tries to look out for his big brother, but it might be too late to save him. A Brother's Kiss was based on a play by writer/director Seth Zvi Rosenfeld, who grew up in the same neighborhood as actor Michael Raynor; Raynor and Nick Chinlund were also friends as children.

Andre B. Blake
as Referee

Scott Cohen
as Man No. 1

Kevin Thigpen
as Cop No. 2

Ulysses Torrero
as Variety Boy No. 1

Ian Kelly
as Variety Boy No. 2
View All

Critic Reviews for A Brother's Kiss

Since what happens to the characters as adults is more or less preordained, what makes the movie work is the conviction of the performances.

Audience Reviews for A Brother's Kiss

Two brother's Lex and Mick have spent there lives lookin out for one another even though they have both taken very different paths Lex who spent the years of his youth locked up cause he tryed to stop a cop from hurting his brother Mick and Mick who went on to become a cop himself as they deal with personal problems between each other and Lex's new drug habit and a life that didnt turn out like he wanted untill it all comes to a head when Lex needs his brothers help and a ending for one that sees no other way out. Really good indy film great cast and good story of these two brothers really worth a watch for anyone into films like this