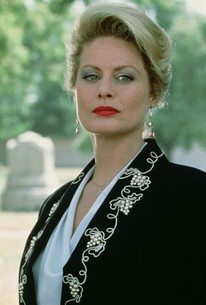 Based on a true story, the made-for-TV Child Lost Forever was advertised as a "docudrama." A unwed teenage mother is forced to give up her baby for adoption. 16 years later, the girl (played as an adult by Beverly D'Angelo), now married and the mother of two, decides to look for the son she lost. She finds that the boy died at age three under mysterious circumstances. The more she investigates, the more she realizes that she's stumbled upon a long-hushed-up case of child abuse. Child Lost Forever debuted November 16, 1992.

Will Patton
as Frank Maxwell

Richard B. Livingston
as Doug Thompson

Claudia Weill helms a moving, rage-provoking vidpic based on the true story of Jerry Sherwood.

So incredibly sad. It's hard to believe people harm children and think it is perfectly ok. Luckily this woman got what she deserved, but a lot of people don't.

What a heartbreaking and poignant story of a poor small child who was abused and battered to the point of death while his biogoical mother, who left him for adoption when he was born, found out after 19 years later. I'm glad the adopted son's adoptive brother was doing the right thing he told the truth what happened to him. Beverly D'Angelo makes an excellent performance as a mother who fight for the memory of her first baby. And Judith Ivey is really scary as the adoptive mother. This movie based on a real event was excellent.