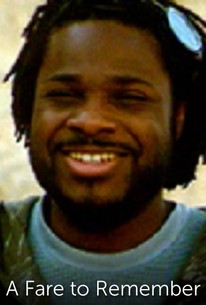 A Fare to Remember Photos

Romance blooms during a very, very long cab ride in A Fare to Remember. Advertising executive Tamara Gault (Challen Cates) gets fast talked into taking an assignment for work on Christmas Eve, but she does so with an eye on the clock, as she needs to get from Seattle back to her home in Los Angeles in time for her wedding. However, Tamara discovers to her horror that all flights out of the Pacific Northwest have been cancelled due to an emergency. Desperate, she hires a cab driver, Winter Valen (Malcolm-Jamal Warner), to drive her from Washington to California. Tamara and Winter have absolutely nothing in common and don't much care for each other at first, but as time goes, by the ice begins to melt and Tamara starts to wonder if the man she really wants could be the guy behind the wheel. A Fare to Remember is most notable for an engaging performance by Malcolm-Jamal Warner, best known for his long run as Theo on The Cosby Show.

Critic Reviews for A Fare to Remember

There are no critic reviews yet for A Fare to Remember. Keep checking Rotten Tomatoes for updates!

There are no featured reviews for A Fare to Remember at this time.

A Fare to Remember Quotes