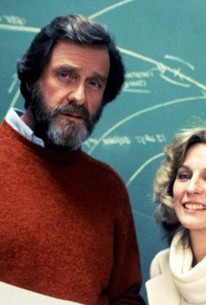 A Fire in the Sky Photos

The story begins as an astronomer notices that a blazing comet is headed straight for Phoenix Arizona. Unfortunately, no one believes him. They will eventually, but only after most of Phoenix has been reduced to cinders. Emmies went to the special effects (among the best ever seen on TV in those days before computer-generated special fx) and sound recording. The all-star cast includes Richard Crenna, Elizabeth Ashley, David Dukes, Joanna Miles, Lloyd Bochner, Merlin Olsen and Andrew Duggan, all of them superbly cast and none merely doing the usual celebrity walk-through. Originally telecast in a three-hour slot, Fire in the Sky debuted November 26, 1978. This film should not be confused with the 1993 alien-abduction film of the same name.

Critic Reviews for A Fire in the Sky

There are no critic reviews yet for A Fire in the Sky. Keep checking Rotten Tomatoes for updates!

There are no featured reviews for A Fire in the Sky at this time.

A Fire in the Sky Quotes