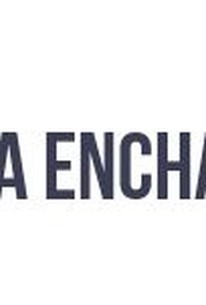 This film is one of the strangest silent films ever made. It's a comedy by Mr. Sidney Drew (before the Mr. & Mrs. comedy team was married) about an strong-willed young woman (Edith Story) who is irritated with her (much-older) fiancé, Dr. Cassadene (Drew). She finds some magic seeds that cause the person who eats them to switch gender, and she eats one. Lillian, has a great time as a man. She kisses other women, dances with them, smokes cigarettes, applies for a man's job, and she dresses in men's clothing. This causes complications when her clothes are found and she is presumed murdered. At the end of the film, she gives a magic seed to her fiancé, and he believes that he is a woman. The film has no special artistic merit, but the subject matter makes it interesting. Based on an 1891 book and a 1896 play by Archibald Gunter and Fergus Redmond, the film actually pokes fun at homosexual conduct without condemning it too much -- which is pretty remarkable for the time period. While the film may be progressive on one front, it is regressive on another. The parts of Lillian's maid and the hotel porter are played by Caucasian actors in black-face. While the white players' acting is mostly restrained (well, at least until Sidney Drew puts on women's clothes), the black-face actors mug and over-act. The filmmakers do use African-American actors as railroad porters and carriage drivers, so they can't use the excuse that no blacks were available. The daughter whom Edith Story flirts with a lot was Lucille McVay (AKA Jane Morrow), who was to later become the "Mrs." of Mr. and Mrs. Sidney Drew.

Critic Reviews for A Florida Enchantment

There are no critic reviews yet for A Florida Enchantment. Keep checking Rotten Tomatoes for updates!

There are no featured reviews for A Florida Enchantment at this time.