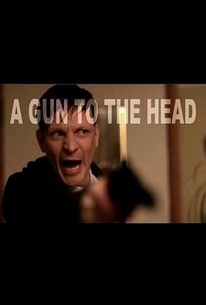 When Trevor (Tygh Runyan) ducks out of a dismal dinner date to pick up a bottle of wine, a run-in with his shady cousin Darren (Paul Anthony) finds the evening's events taking a decidedly colorful -- yet curiously ominous -- turn. Stuck in a dinner party with his wife Grace (Marnie Robinson), her loathsome boss Dwayne (Benjamin Ayres), and his loopy wife Audrey (Sarah Lind), Trevor jumps at the chance to duck out for another bottle of wine. It has been two years since Trevor has heard from his cousin Darren, so upon receiving an expected phone call from Darren, the two decide to meet up at a nearby strip club for a quick drink. But true to his hustler nature, Darren was looking for a bit more than a family reunion when he contacted his cousin. When Darren hits Trevor up for $5000, Trevor instantly finds himself swept up in a strange world of outrageous house parties and outlandish drug dealers, including manic Vancouver kingpin Sam (Hrothgar Mathews). It isn't a world that Trevor is unfamiliar with, given his sordid past, but it is one he thought he had left behind when he married Grace. Meanwhile, as events out on the streets take a turn for the bizarre, Grace grows increasingly uncomfortable with her dinner guest's kinky behavior. ~ Jason Buchanan, Rovi

Critic Reviews for A Gun to the Head

The execution, alas, is strictly movie-of-the-week.

Cleverly written, wonderfully acted and imbued with a sense of dangerous fun.

Misses the mark on almost every level.

A bush-league Mikey and Nicky.

There are no featured reviews for A Gun to the Head at this time.

A Gun to the Head Quotes