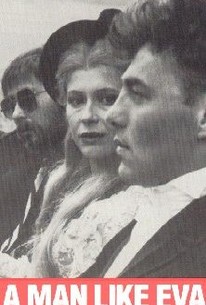 Although this is a story about a female director (Eva Mattes), the content, attitude, and even the title of this conventional film "A Man like EVA," transparently refers to the career of Rainer Werner Fassbinder, and not in complimentary terms. Fassbinder died in 1982 of a presumed drug overdose at the age of 36. No one else in New German Cinema made the same mark on the world's consciousness, or was both as prolific and controversial as Fassbinder. This film uses an ostensible shooting of Alexander Dumas' "Lady of the Camelias" in a remote villa as a storyline to tie the episodes of Fassbinder's career together, and like other media references to the director since his death, can be critical of his life and work.

Carola Regnier
as Else

Dancers of the Tanzschule Richter of Munich

There are no featured reviews for A Man Like Eva at this time.